What’s Your Point of View? 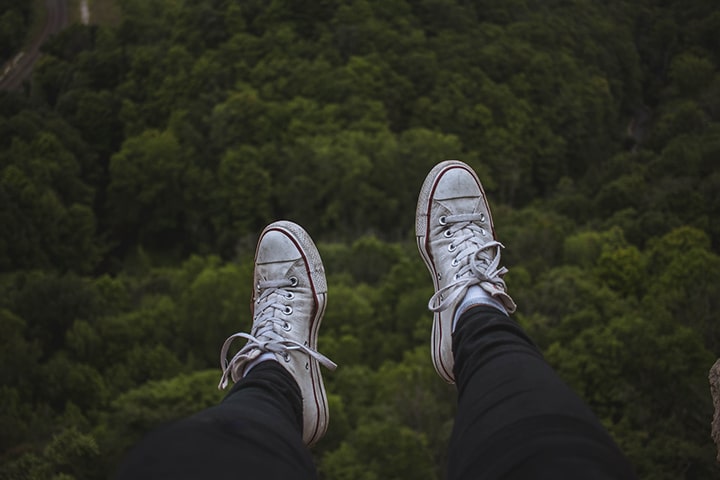 From the great American novel to the billboard by the grocery store, every piece of writing has a point of view. If you’re writing, you can’t write without one.

So what is point of view? It’s who’s telling the story—whose eyes the readers use to see the world. While there are countless characters, there are only three (or five, depending on how you count) points of view, so they’re pretty easy to remember.

Let’s take them from the top.

I ripped open the door and slammed a dollar bill on the counter. The cashier flinched as I snatched a box of candy and stormed out without waiting for change.

Sometimes, authors don’t stick with the same character. They change points of view throughout their books. When authors do this, they typically write different chapters from different characters’ perspectives. If you do this, make it obvious when you change what character is in charge. The easiest way to do this is to label each chapter based on whose point of view it represents. So when Bob is speaking, title the chapter “Bob.” Are we in Charlotte’s head? The chapter should be called “Charlotte.”

When writing or reading a book in first person, the most common pronouns you’ll come across are I, me, and we. The main character is narrating the story, so it feels like he or she is talking directly to you.

Books that are written in first person include The Hunger Games, The Catcher in the Rye, Diary of a Wimpy Kid, and Little Moon, Little Moon.

Taking the Second Point of View

You can’t keep living this way. The tiger that paces hungrily in your apartment won’t accept captivity forever. You know it’s true. So does your neighbor, who scurries away any time you open your front door.

You can easily distinguish second person by use of the word “you.” In certain writing, second person is a common point of view. Self-help magazines and books often use it. So do most of the blogs on the Argyle Fox website.

With second person, you—yes, you, reader—have charge of the action. You are the protagonist, the main character. If not, you at least play a role.

Second person makes you feel convicted when reading health articles. Because all you have to do for better health is exercise and eat healthily. This point of view also empowers you when reading a business book. Because with the right steps, you can take control of your future!

While second person point of view has a place in literature, it’s not a very big one. Very few authors take on the challenge of writing books in second person, because it’s awkward. Few writing professors reccomend it as how to write a book that people want to read.

Of course, some writers have taken on the challenge. Some have even gotten it right. Most notable (according to Argyle Fox Founder Daniel Brantley) is The Monster at the End of This Book.

Last but Not Least: Third Person

She knew it would ruin everything, but she didn’t care. She slid her ring off, held it overhead, and let it go. Her husband’s mouth fell open as the ring landed in the trashcan with a gentle thud.

The final point of view we’ll consider is third person. Read much, and you know there are tons of books with this point of view. If you’ve written much, you’ve likely used it.

Unlike first and second, there are a couple different third person points of view. No matter which version is used, third person relies on the pronouns he, she, and they. This point of view watches the action from above.

As the name implies, third person limited has boundaries. The narrator can get inside a character’s head, but only one at a time. The Giver and 1984 both use this point of view.

With first person, the narrator may reveal secrets without meaning to do so. After all, you’re constantly in the character’s head.

Unlike its limited cousin, third person omniscient knows everything. This point of view allows you to get in the head of every character at any given time.

This is an incredible power that allows you to do all kinds of fun things with your writing. In addition to explaining what multiple characters are thinking, you can give information that only you as the author/narrator know. That means you can add in ancient history, knowledge of pending dangers, and more.

That said, third person omniscient can make it tricky to surprise your reader. After all, you put readers in anyone and everyone’s head. Readers can also know stuff characters don’t know. However, this point of view can add suspense and drama. Do it right, and your readers will be on the edges of their seats, afraid of the bad thing that their characters are unknowingly walking toward.

Publishing Your Point of View

Already know your point of view and have it down in writing? Don’t keep it to yourself. Publish! If you think we’re a good fit for your book, submit your manuscript to take the first step toward fulfilling your publishing dream.

← Get Your Book in Stores Bad Book Review? Here's What to Do →